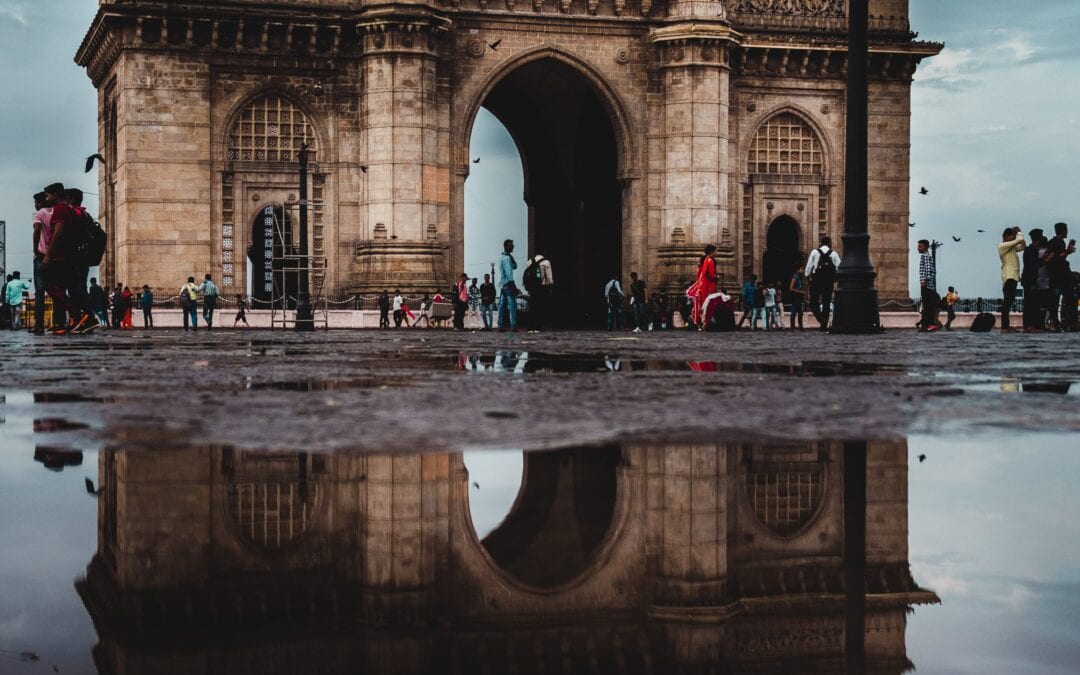 Terror in Mumbai: The Beginning of My Spiritual Awakening

In November of 2008, I was involved in the deadliest terrorist attack on India in modern times. 166 people dead, over 11 sites hit, and 3 days of horror. Hundreds more injured and forever changed. A city terrorized.

This is the first blog post because this was the beginning of everything for me, and also the event that ended my old way of life and thinking. It often takes a traumatic and life-altering event to enact a spiritual awakening. This was (fortunately and unfortunately) the case for me.

I worked in fashion at the time and was in Mumbai, India where we did our production with my boss and colleagues to sample the upcoming season and plan for the next. I was 22. It had been a hard year. My roommate in LA and one of my best friends died of an overdose in February. After graduating in March I moved back to Phoenix, unsure of what was next but acutely aware of the fragility of life. Fresh out of college and working in my first real job, a trip to India in November sounded like an exotic adventure that made me feel important and so grown up.

But something inside of me, a prophetic feeling, overrode the excitement the day I left.

I broke down in a panicked hysteria saying goodbye to my mom on the way to the airport. I was balling, crying so hard I couldn’t breathe. I kept hugging my mom saying, “I don’t want to go, I don’t want to go.” I was SO excited for this trip. This didn’t make sense. I couldn’t define where this was coming from. I was packed, checked in, and ready. But my soul was tormented. I was a mess. I attributed it to being gone for 2 weeks on a work trip over Thanksgiving with pressure to perform and be professional. But I knew deep inside that that wasn’t it. That same energy was mirrored by my team the whole week, and that is no coincidence.

The morning of the attack, we were all in my boss’ room at the Taj Hotel where we were staying. We had a tarot reader come to the room and I asked basic questions that didn’t involve work, although all I was really thinking was, “WTF is happening?”.

The day was busy and strained, as the entire week had been, and we returned to the Taj Hotel to freshen up by the pool with a cool drink and some snacks before a dinner meeting at the Oberoi hotel. We had no idea that the moment we left, that same pool and the entire city became a terrible nightmare.

In the lobby of the Oberi were two restaurants, one Italian and one Indian. We went to the Italian restaurant to meet clients. We sat down and ordered from the first-class menu and for the first time all week I finally relaxed. I was ready to have some good wine and food and go to bed. But that was the opposite of what ensued.

We were the lucky ones. The ones who chose Italian food over Indian food that night. The Indian restaurant, which had no adjacent ballroom, was massacred. Entirely massacred. We could hear it. The bombs, the guns, the screams. Unimaginable sounds that had once been exclusive to films in my head were now in my immediate reality. The horror. The vibration of the bombs in my chest. The smell of it all.

The timing of the entire night still blows my mind. The nudges from the universe to move, to stay, to be delayed, to go left instead of right … the assistance from spirit to stay alive, to be spared, to experience but not be taken.

We came to find out that the entire city was under attack.

The rest of the night was spent hiding in the adjacent ballroom, being released into the streets of Mumbai (women and children first), running from open gunfire, hiding in an office building and watching the entire city under attack on CNN, and borrowing phones to call home on Thanksgiving Day.

I kept thinking that when I got home, then everything would be ok. That I’d be safe and able to move on with life and hug my family and get back to normal. Nothing was further from the truth. For the 24 hours of terror I experienced, there were months of rubble to sort though and years of repairs.

PTSD is a monster that stalks your reality. It haunts your days which are filled with triggers and makes sleeping a feared experience and far distant memory. There is no escape, even once you’ve escaped the terror.

I was either devoid of emotion or completely taken by fear. There was no middle. Gunfire and screams rang in my head. The smell of bombs filled my nostrils and the question, “why did I survive when so many died?” incessantly looped through my heart. The guilt. The mass grief. The difficulty to understand it all was overwhelming. There was no going back to “normal” or who I was when I boarded the plane to India. I was forever changed. I felt like a newborn discovering the world all over again but through a lens of fear and anger.

I knew I was meant to experience this and not die. To be there and escape. To feel the crippling fear of death, but to retain my life. Why was I spared? What was the point? What the fuck am I supposed to do now?

With the shootings taking place daily in the states and wars around the world, I can’t even imagine the amount of PTSD, fear, pain, grief, and confusion that so many are living with.

The FBI came to question me multiple times, at work and at home. They suggested talk therapy—I wanted to punch them in the fucking badge. I tried massages, acupuncture, crying, screaming, journaling. I was a shell. Empty. Lost. Emotionless but full of a rage I couldn’t control. Nothing helped. I had night terrors that made me avoid sleep and foggy days that were far from real.

It wasn’t until my mom suggested reiki from her masseuse that I began to recover, months later. My first experience with reiki is a huge reason I am where I am today. Cofounder of a spiritual publication and living my passion. Reiki was my gateway into this world—back into the world. How could I feel so different and so “normal” when she didn’t even touch me? What is energy? How does it work? The questions went on and on, and as I matured and was able to slowly process and integrate the lessons of that night, my life started clicking more and more into alignment with my soul.

So many people talk about a catalyst to their spiritual awakening. Mine was India, and then reiki. I became more compassionate, more loving, more appreciative, and more kind to all around me. I understood the value of life and how easily it could be taken. I shifted.

For anyone who is reading this with PTSD, I want you to know it’s ok. It’s ok to not be ok, to break down, to not be able to function some days and not be able to explain why. It’s ok. It has to come out. It has to be released, and it can only happen when you’re ready.

It’s taken me more than a decade to be able to write about this. I’ve tried. I am a writer after all, and everyone in my life has told me that I need to share this story. I tried. But I couldn’t. I just couldn’t.

And that’s ok too. You have to be easy on yourself. It’s all progress. Every time I thought about writing but didn’t was progress because I was getting closer and closer to this very moment. The thing about PTSD and compound grief is that it doesn’t make sense. The only thing that does make sense is that it hurts. All the time. And it will for a while. And that’s ok.

I still cry. I still breakdown. It’s so much better and I am aware of the triggers now. I am also aware of the fact that this will always be part of me, but it DOES NOT define me. I actively choose to not allow it to.

I am Morgan Fucking Garza. I choose to honor this and to transmute it. It is my fuel, my purpose, my catalyst for LIVING. Life is precious and when you realize how easily it can be taken, you won’t let another moment pass you by that isn’t seen as a choice to live.

🎄Christmas in the desert 🌵 with my fav peopl

🔮 It ME 🔮 I never thought I was cool enough

The truest true! 🖤🍄✨ This is the time for

Ghostface Coopy and Wild Kitty 🖤 In the magic s

“To love someone long term is to attend 1000s of

If you’re offended by this, you need shadow work

I’ve been quiet on here recently … life has fe

@bigwildmusic showed us all the love this past wee